The manufacturing industry has played a crucial role in shaping the United States’ identity. Since its earliest days as a nation, America has distinguished itself through innovative manufacturing, building the economy on the foundation of craftsmanship and industry.

However, the American manufacturing industry hasn’t been without struggles; in recent years, there has been a growing imbalance between the number of unfilled jobs and the number of qualified individuals available to fill these positions. This is what’s commonly referred to as the skills gap — the theory that these jobs remain open because the next generation of workers lacks the necessary skills.

Although this disparity is very real, what if the idea behind the skills gap is a myth? What if this is nothing more than a tale we tell ourselves to explain something that’s actually part of a larger problem? What if the real issue isn’t about a skills shortage, but rather a lack of decent training, education, and visibility?

This is what Titan Gilroy believes — that the disparity between the number of unfilled positions in the manufacturing industry versus the number of qualified workers has everything to do with a lack of effective training. To tackle this problem, Gilroy founded a company called TITANS of CNC, an online CNC machining academy where anyone who wants to learn about machining and engineering subjects can do so — for free.

The Transformative Power of Manufacturing

Last December at the Defense Manufacturing Conference (DMC) in Nashville, Titan Gilroy gave an impassioned presentation to a captivated audience about manufacturing’s potential to solve not only economic issues, but also major social problems. All industry needed, he said, was a little bit of redirection.

Gilroy isn’t the typical personality one would expect to see at such an event. Donning a T-shirt emblazoned with his company name and logo that revealed his heavily tattooed, muscular arms, Gilroy stood on the stage looking formidable and tough, belying the fervent emotion that would soon drive his plain-spoken yet raw speech.

Having come from a tumultuous background plagued by poverty, violence, and even a few years in prison, Gilroy has a unique perspective of manufacturing. In fact, it was learning how to operate a CNC machine that lifted Gilroy up from his past, setting him on a path to success. Because of this, Gilroy sees manufacturing as more than just a job that pays the bills — he sees it as a life-saving force capable of transforming a person’s destiny.

And he doesn’t mean just on an individual level. Gilroy posits that manufacturing can be leveraged to solve some of the most challenging social problems America faces today. During his DMC presentation, Gilroy spoke about the underemployed and overlooked in the U.S.’s labor pool, specifically mentioning veterans, people on the autism spectrum, and former inmates.

Gilroy’s presentation focused extensively on the issues of crime and incarceration. “If you do the research,” he said, while showing a graph that displayed the correlation between the drop in Chicago manufacturing jobs and the surge in crime over the years, “you’ll see that as massive manufacturing companies moved out of those big cities, a void was left. And when there are no good jobs, poverty sets in, drugs set in, gangs set in.”

He goes on to point out that while the U.S. is now ranked number 27 in terms of global education, the country is number one in terms of incarceration rates. Not only does the U.S. have the highest number of prisoners, he says, but the prison system does little to rehabilitate or educate inmates as they re-enter the workforce. As a result, the vast majority of ex-cons are unable to obtain good-paying jobs and, with no other prospects, some resort to criminal activity again — creating a vicious cycle.

In the middle of his speech, Gilroy played a video about the work that he and his company did at San Quentin State Prison California. To empower the inmates, Gilroy built a state-of-the-art machine shop on-site at the prison, and worked tirelessly to train anyone interested in learning. With his help, the prisoners now have a better chance of taking care of themselves and their families once released. Gilroy also worked to instill a sense of confidence and hope in these prisoners.

Gilroy is clearly a man of vision, seeing manufacturing as the greatest weapon America has to combat the many complex social issues the country faces. But he also believes that this can’t be done if we keep ascribing to a specific story without tending to the heart of the matter.

Throughout his speech, Gilroy emphasized the importance of connecting individuals with the right kind of training and education. “The skills gap is a lie,” he said. “This is a symptom of what nobody’s talking about. And what the actual truth is, we have a training gap. We have a training problem.” To Gilroy, the only way to remedy this is to forget what he would call the myth of the skills gap, and instead refocus our efforts on training, education, and opportunity.

This article was written by Kristin Manganello for Thomas Industry Update. 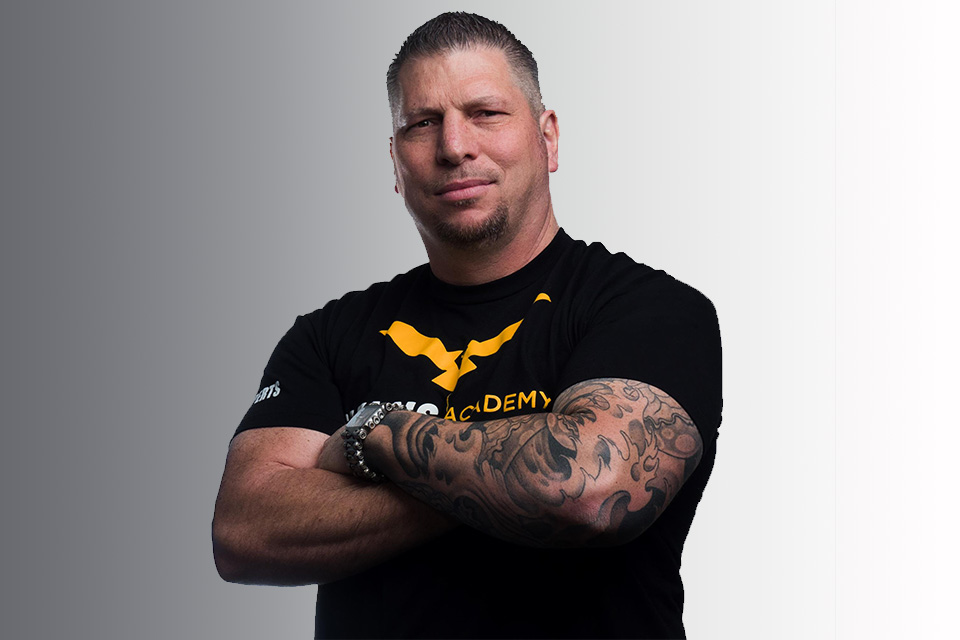